We've been updating the game quite a lot since launching RIVALS - thanks for your patience! We had a huge number of players in the first few weeks, and our server was a bit overloaded. But now we've fixed most of the connection and stability issues people were having, and today's patch rolls in some gameplay tweaks and fixes too. Here are the full patch notes:

Join us on Discord to discuss these changes - and don't forget, everyone who finds the Pyramid in RIVALS get's instant access to the Curious Expedition 2 Closed Alpha! We just launched Alpha 2, adding Drylands to the game: 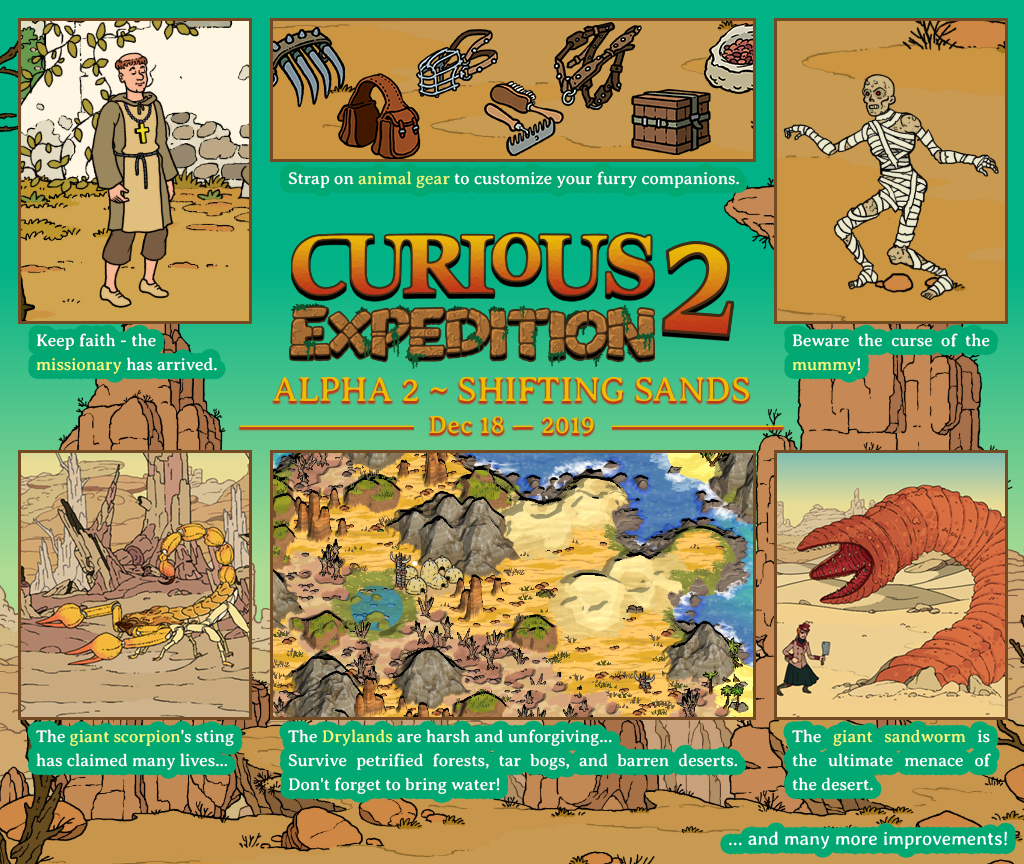 A roguelike expedition simulation set in the late 19th century.